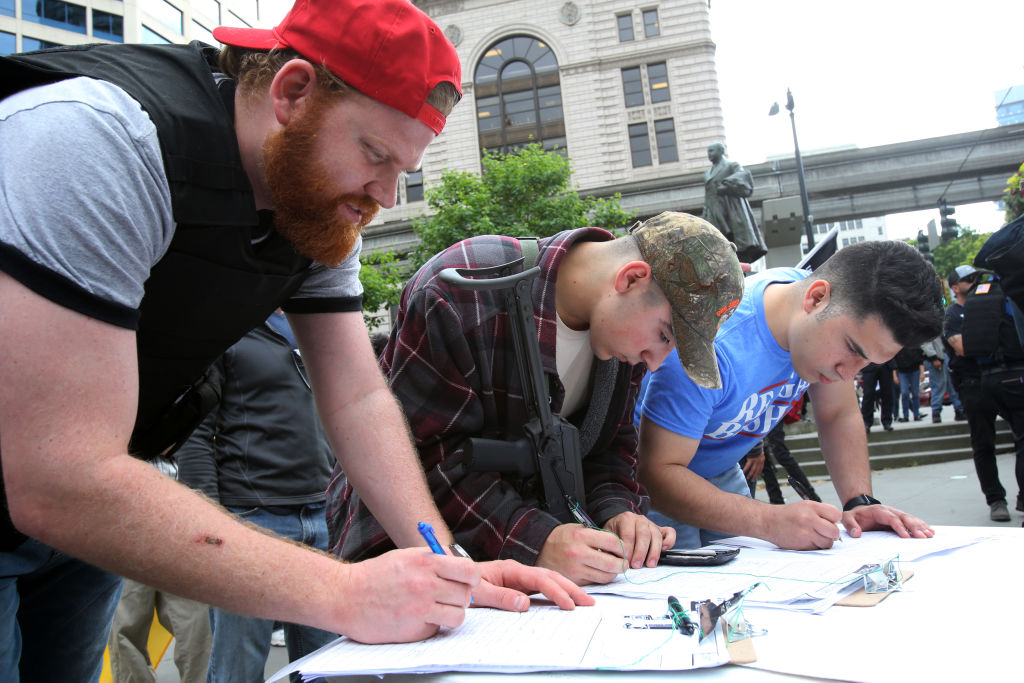 Conceal carry permits are on the rise, increasing 34% over the past four years. The main driver behind the increase? Women and minorities, according to John Lott’s Crime Prevention Research Center.

The Washington Examiner’s Paul Bedard reported that so many people are attempting to get the permits that some counties are experiencing long lines due to cutbacks during the coronavirus pandemic. Further, the CPRC found that there are 820,000 more concealed carry permit holders today than there were in 2019, thanks in large part to women and minorities.

“Permits for women and minorities continue to increase at a much faster rate than for either men or whites,” Lott said a report.

“This is despite continued restrictions against concealed carry in both California and New York. Taking those large populations out of the equation, the report says, the percentage of adults with concealed carry permits rises to approximately 9.2%,” the outlet added.

In Allegheny County, Pennsylvania, the Firearms Division of the sheriff’s office is now scheduling appointments in March of 2021 to apply for concealed carry licenses. Even existing concealed carry holders are being told that they can’t renew their licenses any sooner than that, and some of those left twiddling their thumbs for months say something has to give.

The head of the gun permitting division of the sheriff’s office says that deputies simply can’t keep up with the high demand, especially with the county moving to an appointment-based system in order to limit the number of people inside the sheriff’s office because of COVID-19 mitigation policies.

“I understand people are frustrated, but we’re doing the best we can do right now and we’re aggressively looking for more efficient ways to do it in a safe manner,” Chief Deputy Kevin Kraus told WTAE.

“We have appointments, one every five minutes,” he added. “We’ve been open the last three weekends on Saturday and Sunday and like I said, we’re aggressively seeking out options to find a solution to this and service as many people as we can.”

Lott’s report also noted that “Seventeen states no longer provide data on all the people who are legally carrying a concealed handgun because people in those states no longer need a permit to carry.”

Other highlights from the report, as noted by Bedard: