By A. Benjamin Mannes 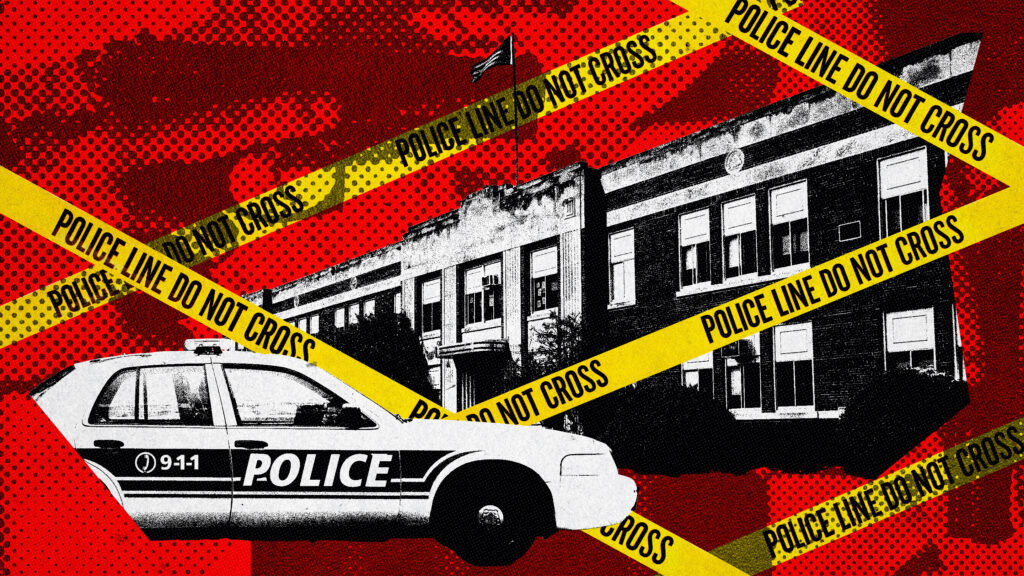 In December 2012, I was published in the Philadelphia Daily News to offer effective school safety in response to the Sandy Hook massacre.

In 2016, it was the Arizona Republic that published my five recommendations to address mass violence following the Orlando and San Bernardino attacks.

Now, seven years and numerous articles and news appearances on security later, I find myself writing again in response to the horrendous school shooting this week in Uvalde, Texas.

As a nationally-recognized subject matter expert in public safety, I find myself once again disappointed at how basic recommendations for school safety have still not been met. I am disheartened at how massacres like Uvalde are immediately politicized by the media and our political class promotes plans that have little chances of success.

Typically, in response to these horrifying acts of mass violence, Americans tend to oversimplify the issue and distract the nation toward wedge issues. This is because most citizens and lawmakers have little experience in security or violent crime, and they do not know that addressing these issues is more complex than simply “getting the guns off the street” or “stopping a bad guy with a gun.”

As someone who has conducted professional security assessments for public facilities, K-12 schools, and colleges, I have made recommendations for fundamental cultural approaches toward security in order to prevent and/or mitigate future incidents.

Sadly, in the 23 years since the Columbine High School shooting in Colorado, no substantive national policy or guidance regarding school security has been developed. This is largely because our collective response to mass violence is often pivots away from actionable ways to prevent attacks and toward wedge issues like gun control and mental health.

Thus, we lose focus on the fact that the majority of America’s schools today have little to no effective physical security measures, operational (tested) security plans, nor an insider threat investigation program. While education leaders commonly cite a lack of budget or not wanting to “turn our schools into prisons” for the lack of school security, it is clear that ignoring this threat and “hoping for the best” is an irresponsible approach.

In discussing what should be done following an attack, America often seeks a “one size fits all” approach, such as banning AR-15-platform rifles because, as the most common semi-automatic rifle purchased in the United States, they are normally the weapons used in mass shootings. However, the sole gun control “solution” rarely comes from security or law enforcement experts, as our training teaches us to focus on pragmatic approaches, such as early detection of criminal behaviors and how the perpetrator was able to access his victims, as opposed to merely the weapon used.

A more effective approach is taken in other countries, like Israel, where a global review of these incidents prompt a continual recalibration of school security, as top-down security protocols exist to address public safety vulnerabilities.

As someone who has worked closely with school districts and education department officials to conduct system-wide security assessments of operations, facilities, plans, and procedures focused on protection and prevention, I can attest that no basic guidelines exist in America as they do in Israel.

A good indicator of whether this responsibility is considered a priority in your area is whether or not your local school district has a dedicated security force or police agency. Major school systems like Philadelphia and New York have metal detectors in many schools, but their “school police” are unarmed and lack proper training, equipment, or legal authority. In contrast, smaller districts in states like Mississippi and Georgia have full-service school police agencies, even without distinctions like Philadelphia, which has schools consistently rated as “persistently dangerous” by the Department of Education. This is not simply a “red state vs. blue state” cultural argument, evident by the fact that Baltimore and Los Angeles have dedicated school police agencies with the capabilities and same authority as their municipal counterparts.

The presence of campus police or armed security is a sign that your local school — whether it is public, private, or faith-based — recognizes that these threats indeed exist and need to be responded to in an immediate manner. As was evident in the Parkland shooting, law enforcement tactics designed for hours-long sieges like Columbine and Beslan have shifted to active shooter incidents lasting, conservatively, two to ten minutes in length, which is far faster than the average municipal law enforcement response time. Therefore, schools need to adopt a culture of security that integrates a concentric layering of policy, procedures, and physical security measures into daily practices so that multiple, overlapping elements are in place to keep campuses safe.

Concentric layers include effective policies creating a culture of vigilance in daily operations, an investigative component that monitors cyber-threats, compliance issues and confidential reports from staff, parents, and students, and physical barriers such as alarms, video cameras, and access control systems. Training for staff and students is also vital, as “see something, say something” widely varies on perception. This training should result in the maintenance and review of a security plan at every campus, updated annually, as fire drills are normally handled.

Predictably, the argument has shifted from the search for answers about the events that led to the attack to the tools used in the attack. Why? It’s politically a lot easier to blame the weapons used in the attack than to delve into the murky waters of the current psyche of our nation, why these incidents are on the rise, and what we can do to prevent future incidents.

Despite all the talking heads, why has the majority of our nation’s law enforcement focused on the issue of the assailants in question, instead of on the type of weapon used in an attack?

Law-enforcement professionals know that an operable, maintained firearm could work for over 100 years, and there are more than 300 million firearms owned in the United States. Regardless, our legislators hurried to draft a bill to regulate a few specific types of weapons, which had little effect on the underlying issue of the few dangerous people seeking to use these weapons unlawfully.

Therefore, one should ask political leaders if there are more effective ways to address this vital issue to our security and offer some pragmatic recommendations to address school shootings by investing in effective strategies for security, law enforcement, and mental-health treatment, including:

A meaningful, non-partisan discussion focused on these topics can have a direct impact on violent crime, without polarizing the population.

Regardless of the federal regulations placed on educational administrators, it’s time to stop debating the need for security and hold our locally-elected school boards accountable for securing our schools in the way we secure public venues, banks, and other public facilities.