WALSH: I Looked Up Every Case Of An Unarmed Black Man Shot By Cops In 2019. Here’s The Truth The Left Is Hiding. 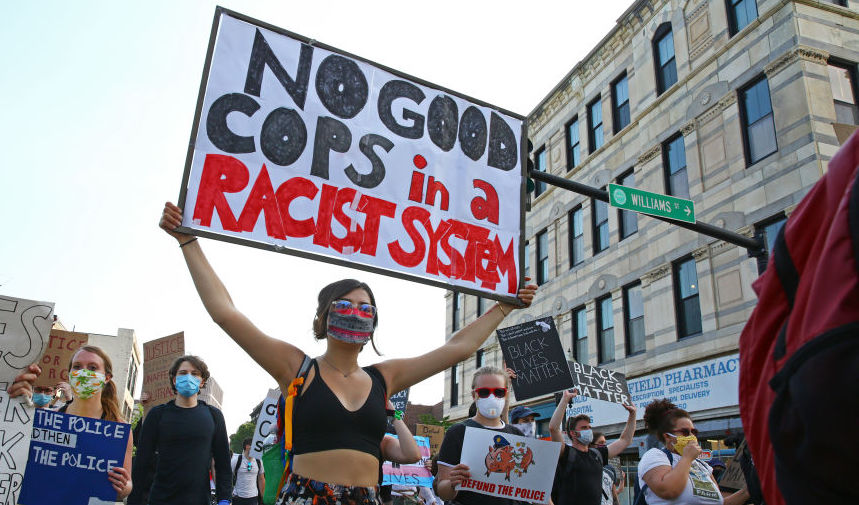 I have already made the case that systemic racism in law enforcement is a myth. The claim that racist police are prowling the street searching for black men to murder is absurd on its face, and even absurder when you look at the facts. It is by now well publicized — at least in some corners — that, despite all of the panicking and rioting over race-based police brutality, only a very small number of unarmed black men are killed by police each year. But an even closer look at the data, and a study of each “unarmed” killing, reveals that the real number of unjustified police shootings of actual unarmed people — black, white, or any other race — is much smaller still.

First, to put the statistics into perspective, it’s helpful to begin with the overall number of arrests. According to the DOJ, police make about 10 million arrests each year. As a rough average, 7 million of the arrested suspects are white and 3 million are black. Out of that number, last year, 25 unarmed white people were killed by police, compared to 14 unarmed black people, according to the Washington Post database of police shootings. That means about .0004 percent of all blacks arrested were killed while unarmed. The percentage for whites is comparable. In total, 1,000 people were shot and killed by police in 2019, the vast majority of whom were armed. Still, that’s a mere .01 percent of all arrests.

Now, the numbers aren’t exactly the same every year, of course. For example, the Post says 22 unarmed black people were killed in 2017, compared with 31 white people. But the percentage doesn’t change very much. Also, we should acknowledge that the numbers vary depending on what source you use. USA Today cites a crowdsourced database that has 25 unarmed black killings in 2019. However a look at the individual cases in that database shows that they count as “police shootings” any shooting involving a police officer, on or off duty. Violence stemming from domestic disputes or off-duty bar fights make it onto their list. This is not how you determine whether there is a systemic problem in law enforcement. We need to look specifically at the cases of uniformed police officers shooting unarmed black people in the line of duty. We know that number is already quite low. But a closer inspection of the actual cases shows that it’s even lower than we think. Indeed, it appears that the whole category of “unarmed” shootings is severely misleading

I looked up all 14 cases included in the Post’s 2019 database. A few are straightforwardly unjustified. Atatiana Jefferson was shot while sitting inside her mother’s home. The officers were responding to a call from a neighbor who was concerned that there’d been a break in at the residence. Officer Aaron Dean peered into a window in the dark, spotted Jefferson, screamed for her to show her hands, and then shot her without identifying himself as a police officer. Dean has been charged with murder. It’s a horrible case, and outrageous behavior by Dean, but it hardly amounts to systemic racism. There’s no reason to think that this is even a case of isolated racism. Dean, it seems, could hardly see who he was shooting, which is what makes it an egregiously unjustified act on his part, but also probably not racism.

Officer Carmen DeCruz in Texas fatally shot a man named Michael Dean. Body cam footage apparently shows that DeCruz accidentally discharged his firearm while trying to confiscate Dean’s car keys during a traffic stop. DeCruz has been charged with manslaughter. Both of these cases are clearly unjustified, and both officers have received criminal charges appropriate for the offense. Most of rest of the cases, however, are either far from clear cut, or clear cut in the other direction.

Christopher Whitfield was shot allegedly during a scuffle with police after trying to steal from a convenience store. The sheriff’s office claimed the shooting was accidental. A grand jury cleared the officer of any criminal wrongdoing.

Josef Richardson of Louisiana was shot by Officer Vance Matranga Jr during a no-knock drug raid at a Budget 7 Motel. Richardson was unarmed and shot in the back of the head. Deputies on the scene said Richardson turned and reached for his waistband. Matranga was not charged with any crime.

Officer Jovany Crespo was indicted for aggravated manslaughter for shooting Gregory C. Griffin during a car chase. Crespo says he thought Griffin pointed a gun at him. Body cam footage shows Crespo jump out of his police cruiser (another officer was driving) and fire multiple shots at the fleeing vehicle.

Officer Sung Kim shot and killed Jimmy Atchison while trying to arrest him for allegedly stealing a cell phone at gun point. Atchison was backed into a broom closet at the time of the shooting.

These six shootings range from outrageous to questionable. But these are still only six out of the approximately 3 million black suspects arrested in 2019. Half of the officers have been charged with crimes, so it’s not as though cops are given legal license to kill on a whim. Only one of these cases is murder. Two might be manslaughter. You could potentially make an argument for manslaughter in the other three cases, though the officers weren’t charged or were cleared. And, at any rate, in none of these cases is there any reason whatsoever to suspect white supremacy as a motivation. The last officer mentioned isn’t even white.

What about the other 8 “unarmed” shootings of 2019? This is where the “unarmed” designation really confuses matters.

Melvin Watkins was shot by a sheriff’s deputy after Watkins’ family called 911 to report that he’d become violent and they feared for their safety. When officers arrived on the scene, Watkins allegedly tried to run them over with his car. Multiple witnesses and video support this version of events.

Knoxville police officer Dylan Williams was cleared of any wrongdoing by the DA after fatally shooting Channara Pheap last summer. Five eye-witnesses, plus video evidence and dash cam footage, confirmed that Pheap assaulted Williams, choked him, grabbed his taser and used it on him.

Ryan Twyman was shot by police attempting to arrest him for possession of illegal firearms in June of 2019. Security camera footage shows Twyman driving away with an officer trapped by his car door. The other officer on the scene opened fire, fearing for his partner’s life.

Kevin Pudlik was killed by police during a car chase. The driver of the car Pudlik was in, Christopher Lee Calvin, nearly pinned an officer between his car and a concrete wall. Cops on the scene finally opened fire when they believed Calvin was intentionally trying to ram into an officer. Calvin was charged with Pudlik’s death.

Isaiah Lewis, a black teenager, was shot by police after pouncing on an officer and knocking him unconscious.

Marcus McVae, a “renowned criminal,” as the local media described him, has a bevy of violent crimes to his name, including assault of a public servant. He was killed by police after assaulting an officer during a foot chase.

Marzeus Scott can be seen on body cam footage attacking a female officer who was trying to arrest him for assaulting a store clerk moments before. The footage clearly shows that the officer was knocked to the ground by Scott, and that she tried to use her taser before resorting to her firearm.

Lastly, Kevin Mason of Baltimore was shot by police responding to a domestic violence call. Mason sent dogs after the officers. When that didn’t scare them off, he called 911 and threatened to “blast” them and “kill every last one of them.” Mason was ultimately shot when he emerged from his home after explicitly announcing his intention to murder the cops on the scene.

No reasonable person could describe any of the 8 cases just listed as cold-blooded murder, much less racist hate crimes. These were violent criminals shot while in the act of physically attacking and threatening officers. Most of them were not truly “unarmed,” either. Some were using cars. One used a dog. Another used a taser. Others used their hands and nearly succeeded in arming themselves with the officer’s weapon. These cases may count as “unarmed” in a strictly legal sense, but any news outlet interested in accurate reporting wouldn’t use the term without careful qualification.

This is what the media and BLM activists mean when they scream about the epidemic of “unarmed” black men killed by police. They mean that a very tiny fraction of black people arrested by police are killed in the process, and that an even tinier fraction are unarmed at the time, and that an even tinier fraction of that fraction of the fraction, actually had no weapon of any kind, and were making no attempt to hurt or kill a police officer. When phrased like that, it doesn’t seem like there’s much of an epidemic here at all.