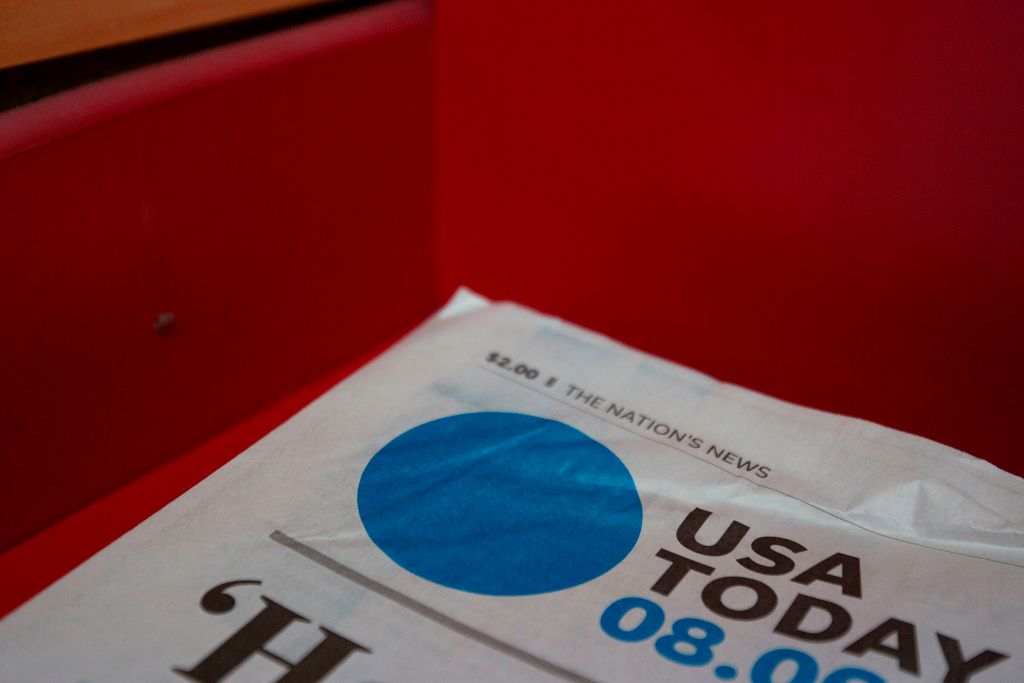 USA Today’s Twitter account offered a poll following the vice-presidential debate between Vice President Mike Pence and Sen. Kamala Harris (D-CA) that excluded Pence as an option for who won the debate.

The poll asked, “Who won the vice presidential [sic] debate?” and offered four choices: Kamala Harris, Joe Biden (the Democratic presidential nominee), “the pesky fly” (that landed on Pence’s head during the debate) and “I didn’t watch!”

The poll was quickly replaced with one that substituted Pence for Biden and included an additional poll that asked, “Is this a corrected poll because USA TODAY messed up the first one?” that included two response options: Yes or yes.

A screenshot of the original poll continued to spread on Twitter. Sen. Ted Cruz (R-TX) tweeted the screenshot and commented: “Think the media has an agenda? Mike Pence isn’t even listed as an option on their ‘poll.’”

Think the media has an agenda?

Mike Pence isn’t even listed as an option on their “poll.” pic.twitter.com/ggcnncUCF9

It would be easy to let this go as a mere mistake, but it is yet another example of how all media “mistakes” always seem to favor Democrats.

In 2017, journalist Glenn Greenwald pointed out this controversy as it then applied to the media’s false claims about the Trump campaign colluding with Russia in 2016 to steal the election.

“When all media mistakes go in only one direction, they cease looking like mistakes,” Greenwald wrote at the time. In January 2019, Greenwald published a list of “The 10 Worst, Most Embarrassing U.S. Media Failures on the Trump-Russia Story,” which included CNN’s claim that Donald Trump, Jr. was offered advanced access to DNC emails obtained by WikiLeaks in 2016 – a claim that was thoroughly debunked after it was revealed the email sent to Trump, Jr. came after Wikileaks already published the information.

Later in 2019, my former colleague Eddie Scarry wrote an op-ed for the New York Post about CNN specifically making “mistakes” that were all anti-Trump.

“CNN was better off when it devoted round-the-clock coverage to missing planes in black holes and human excrement overflowing on cruise ships. Now the network is just a series of embarrassments,” Scarry wrote before detailed numerous articles that ended up embarrassing CNN. Examples included CNN’s Jim Sciutto reporting that former Trump attorney Michael Cohen was going to testify before congress that President Donald Trump knew ahead of time about his family meeting with a Russian lawyer at Trump Tower. Cohen said no such thing during his testimony. In another example listed by Scarry (and Greenwald in his previous Intercept article), CNN claimed former White House Communications Director Anthony Scaramucci was involved with a Russian hedge fund.

“That wasn’t true, either, and the three journalists who were directly involved in its reporting ‘resigned’ from the network just days later. That was, by the way, after Scaramucci reportedly threatened CNN with a $100 million lawsuit if it didn’t correct the story,” Scarry wrote.