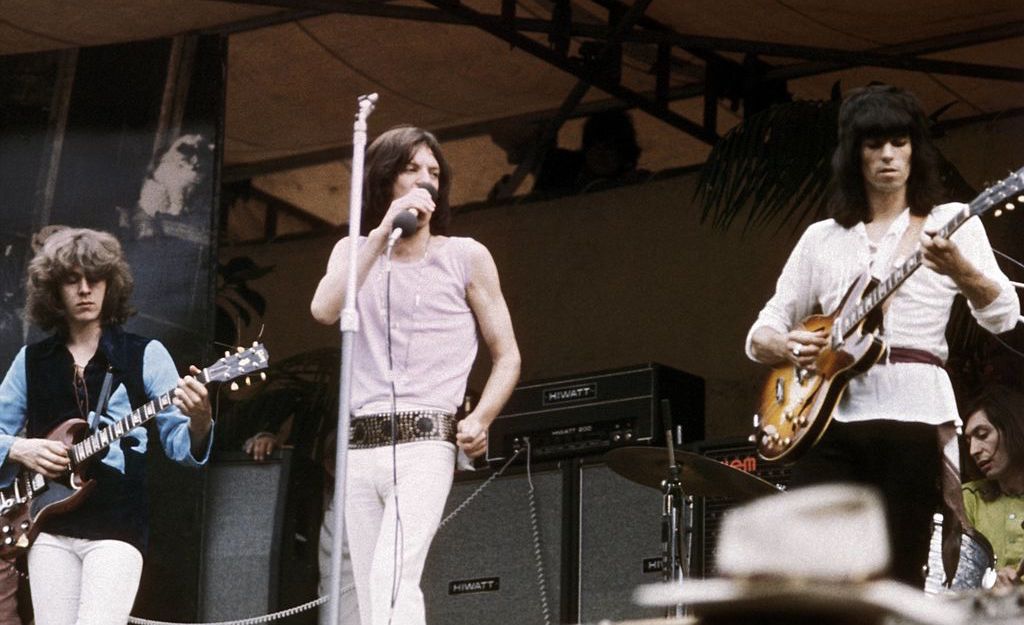 Contemporary Western culture, in all its music and films and art and literature, has, for the last century been seeped in liberalism, and that hasn’t always been a bad thing. In the early 20th century, when music as a commodity was still a novel idea, American culture was far more conservative than today. It was largely through liberal ideas that art – in all its different mediums – was able to grow and evolve. The entire raison d’être of rock-and-roll has always been eschewing conventional orthodoxies for fresh sounds, and its lyrical themes often mirror that unorthodox approach. That’s why in 1967, the Ed Sullivan show refused to air the Doors’ first hit, “Light My Fire,” citing its drug-laden lyrics.

But today, we live in an entirely different era. Songs like Cardi B’s “WAP” climb the pop charts. They don’t push artistic boundaries; instead, they add to a homogenous ocean of pop music, brimming with lascivious self-indulgence. For true innovation, many feel compelled to look back to the era of what is now deemed classic rock. Despite rock’s often liberal leanings, conservative themes can be found throughout the genre.

Here is a list of some of the best songs over the course of the development of rock music that went against the grain of liberalism, espousing more traditionally conservative ideas in their lyrics. Keep in mind that art doesn’t have to adhere to any dogma to be “good” – and none of these artists themselves are necessarily conservative; in fact, often they lean left personally.

In 1967, Russian author Mikhail Bulgakov published The Master and Margarita, his biting satire of the Soviet Union, in which the devil pays a visit to the adamantly anti-theistic USSR. It was the English translation of this seminal work, gifted to Stones singer Mick Jagger by his then-girlfriend, Marianne Faithful that inspired this 60s rock epic.

The song’s lyrics echo Dylan’s style of painting various vignettes as backdrops for his characters. In “Sympathy for the Devil,” the Russian Communist revolution was presented as the conniving work of the devil – the song’s narrator:

“I stuck around St. Petersburg; When I saw it was a time for a change; Killed the czar and his ministers; Anastasia screamed in vain.”

The song is the Stones at their most acerbic, but also at their most punk. At a time when Ashbury Park hippies convened in drum circles to sing Woodie Guthrie’s “This Land Is Our Land” and sympathize with their Cold War adversaries, the Rolling Stones countered that their sympathies were, in fact, with the devil. Ronald Reagan may have felt, in Bruce Springsteen’s 1985 hit “Born in the USA” the patriotic gleam he wished to invigorate in the fiber of the American public, but if he wanted lyrics to reflect the content of his anti-Soviet agenda, it is precisely the Rolling Stones’ “Sympathy for the Devil” he should have chosen as his campaign anthem.

The Beatles’ 1968 B-Side single to “Hey Jude” was a stirring rebuke to the angsty violence and radical views that permeated much of the late-60s counterculture. From resorting to violence as a means to push progressive platitudes to singing songs of praise and sympathy to the Soviet Union and other Communist regimes throughout the world, the hippies of the 60s were the starting point for today’s modern day far-left movement.

A straightforward 12-bar-blues, “Revolution” was not refuting rebellion, but rather refuting the means through which some advocated achieving it: violence and radicalism.

Lennon croons, “But when you talk about destruction; Don’t you know that you can count me out” and later denounces Mao Zedong, “But if you go carrying pictures of chairman Mao; You ain’t going to make it with anyone anyhow.”

For an artist best known by his campaigns for Democrats and rants against Republicans, Bruce Springsteen was raised with by blue-collar, working-class Catholic Irish-Italian parents in New Jersey. Through his blue-collar upbringing, Springsteen’s parents instilled in him the value of family and church and an honest day’s work.

“It’s Hard to be a Saint in the City” is a song precisely about Springsteen grappling with those values while recording music in the trenches of New York City, rife with pimps and drug dealers and gangs, trying to stay clean and remain a saint in the realm of sinners.

U2, the globetrotting, mega-touring Irish band is one of the few Christian rock groups who’ve pierced into the mainstream. Though they’ve never marketed themselves as a Christian band, their lyrics have never shied away from bearing their Catholic tenets.

On their 1981 album, October they offered the song “Gloria” – in which they performed an entire verse in Latin. But they didn’t enshrine themselves as worldwide superstars until 1987 when they released The Joshua Tree and with it, one of the greatest fusions of spirituality and contemporary pop in, “I Still Haven’t Found What I’m Looking For.”

Though including the Roger Waters-fronted psychedelic art rock band in a list that lauds conservative music may seem a bit misguided and laughable, it is worth remembering that there was, in fact, one time when Syd Barrett was considered the craziest person to have played under the banner of Pink Floyd.

Despite all of Roger Waters’ present-day ramblings and appraisal of communist strongmen, the first single off Pink Floyd’s 1979 concept album The Wall was as stringently anti-collectivist as Atlas Shrugged. The song’s accompanying video is set against the backdrop of public school. It vividly portrays hordes of children with identical faces marching into a meat grinder, where they would by churned and cured and meshed, only to be deposited as a homogenous paste. Meanwhile, the lyrics added to the acerbic railing against Communism’s underlying idea: “We don’t need no education; We don’t need no thought control; No dark sarcasm in the classroom; Teacher leave them kids alone.”

Not only is “Another Brick in the Wall” a great pop-rock song, with David Gilmour’s jazzy, disco-infused guitar riff, it stands, especially in the context of its era, a patent denunciation of America’s Cold War adversary, the USSR.

Through the 1960s, The Who channeled the primal urges and discomforts of teen angst better than any of their contemporaries. But as the decade ended and Roger Daltrey and Pete Townsend matured, they were also able to discern the turbulence of adolescence from plain, unjustifiable decadence.

It was their experiences at the 1969 Woodstock Festival that inspired “Baba O’Riley.” Displeased with the hedonistic over-indulgence of juveniles gorged out on acid and reefer, The Who cast hippie culture as being little more than teenagers wasting away on narcotics while pretending to be political revolutionaries: the hippie movement had become a “teenage wasteland.”

Besieged by a torrent of accusations from enraged and disgruntled parents that they were a cadre of degenerate Satanists, Black Sabbath decided the best way to refute and assuage the public would be to line the grooves of their upcoming album with their Christian beliefs.

In “After Forever,” the album’s lead single, Ozzy Osbourne sings about the ridicule and social ostracization faced by devout religious followers in a society and culture rapidly moving towards secularization. “Could it be you’re afraid of what your friends might say; If they knew you believe in God above? They should realize before they criticize; That God is the only way to love.”

Embedded in the Kink’s finest record is Ray Davies’ commentary on the UK’s draconian tax laws. Akin to their British contemporaries The Beatles (with “Taxman”) and the Rolling Stones (the whole album, Exile on Main St.), The Kinks saw their hard-earned cash funneled into the grubby, fat hands of the government, and decided to channel their vexations into a hit single.

As they describe in the song, the taxman has stripped them of everything, leaving them with nothing but an empty home and the blissful, sunny afternoon.

“The tax man’s taken all my dough; And left me in my stately home; Lazing on a sunny afternoon; And I can’t sail my yacht; He’s taken everything I got; All I’ve got’s this sunny afternoon.”

Long before Kanye West’s Christian revival, Bob Dylan (Robert Zimmerman) found God tucked away in a Tuscan hotel room. After sensing, “a presence in the room that couldn’t have been anybody but Jesus,” Dylan embarked on his three-year-long gospel period, consisting of a triage of records starting with Slow Train Coming and it’s A-Side single, “Gotta Serve Somebody.” Imbued with the lush and lively harmonies of a church choir, Dylan sings about the inevitability of servitude to a higher power in life, whether it is for good or for evil – the Lord or the devil.

Harry Chapin’s “Cat’s in the Cradle” is a somber folk song about a father who neglects his son, prioritizing his career and professional life. The song is a haunting cautionary tale. It follows the boy’s journey through adulthood without a father and portrays the lack of familial values instilled in the son who grows up to neglect his own father. “Cat’s in the Cradle” is a beautiful, poignant ballad entirely based upon the importance of family values.