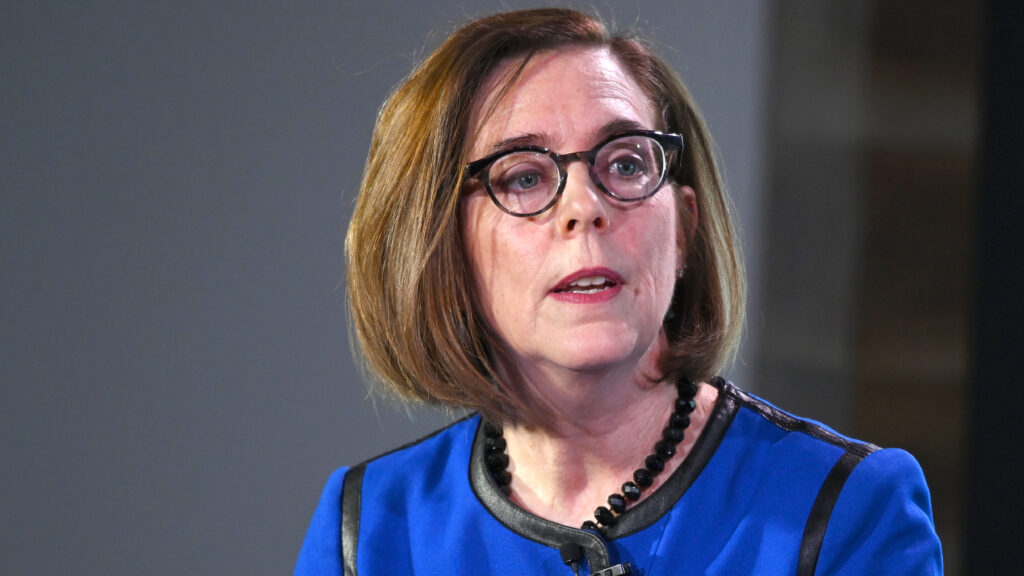 Oregon Democratic Governor Kate Brown decided to finally take action this week to stop the violence that has gone on in Portland for more than three months.

Brown said that her “plan” was to “protect free speech and end violence in Portland” after a right-wing protester was shot to death over the weekend following a political protest. Law enforcement is reportedly investigating an Antifa and Black Lives Matter supporter in connection with the killing.

“Brown said she will be asking sheriff’s deputies from both Clackamas and Washington county, as well as officers from Gresham, to support Portland Police in keeping the peace,” KATU News reported. “The governor is convening a community forum on racial justice and police reform, which will include Black protest organizers and community leaders, as well as Portland Mayor Ted Wheeler.”

However, due to the weak support that Oregon Democrats have given to law enforcement officials, sheriffs told Brown that they would not be participating in her plan.

Clackamas Sheriff Craig Roberts blasted Brown over her plan claiming that his department would participate, saying that “it’s about changing policy not adding resources.”

Strong statement from @ClackCoSheriff Roberts who says they will not send deputies to Portland after @OregonGovBrown released a plan saying they would.

Instead, he says "the criminal justice system will need to do its part and hold offenders accountable."#LiveOnK2 pic.twitter.com/DETlaPzTCN

Washington County Sheriff Pat Garrett also indicated that he would not send deputies to assist, writing: “The lack of political support for public safety, the uncertain legal landscape, the current volatility combined with intense scrutiny on use of force presents an unacceptable risk if deputies were deployed directly.”

The Oregon Association Chiefs of Police also slammed the recent decisions made by Democratic-elected officials in Portland, saying that their plan of “abandoning Law Enforcement or the need for policing is not working.”

“Over the weekend, members of our associations were approached to assist with policing in the City of Portland,” the association said. “Unfortunately, due to the lack of support for public safety operations, the associated liability to agencies who would be assisting in Portland and the lack of accountability for those arrested committing criminal acts, we cannot dedicate our limited resources away from the communities we serve.”

On Sunday, August 30th, I read that Governor Kate Brown announced a new plan to address the lawlessness happening in Portland. I was surprised to read that the Clackamas County Sheriff’s Office was part of the plan since the Governor’s Office never contacted me.

Had Governor Brown discussed her plan with my office, I would have told her it’s about changing policy not adding resources. Increasing law enforcement resources in Portland will not solve the nightly violence and now, murder. The only way to make Portland safe again, is to support a policy that holds offenders accountable for their destruction and violence. That will require the DA to charge offenders appropriately and a decision by the Multnomah County Presiding Judge not to allow offenders released on their own recognizance, and instead require bail with conditions. The same offenders are arrested night after night, only to be released by the court and not charged with a crime by the DA’s Office. The next night they are back at it, endangering the lives of law enforcement and the community all over again.

For all of us in law enforcement, keeping our community safe is our first priority. Had Governor Brown asked me, I would have told her that no amount of human resources will stop the “cycle of violence” (her term) that is making Portland unsafe. For that to occur, the criminal justice system will need do its part and hold offenders accountable.

As Washington County Sheriff, I commit to support PPB through indirect ways, like analyzing risks associated with social media, air support, assisting with a specific criminal investigation, etc. At this time, I do not plan to send deputies to work directly in Portland. PPB is a terrific partner and I am very sympathetic to what they are enduring. However, the lack of political support for public safety, the uncertain legal landscape, the current volatility combined with intense scrutiny on use of force presents an unacceptable risk if deputies were deployed directly. Lastly, I support the steps outlined in the Joint Media Release by the Oregon State Sheriff’s Association and the Oregon Association of Chiefs of Police, and remain committed to work with partners and community leaders towards peace and an end to violence.