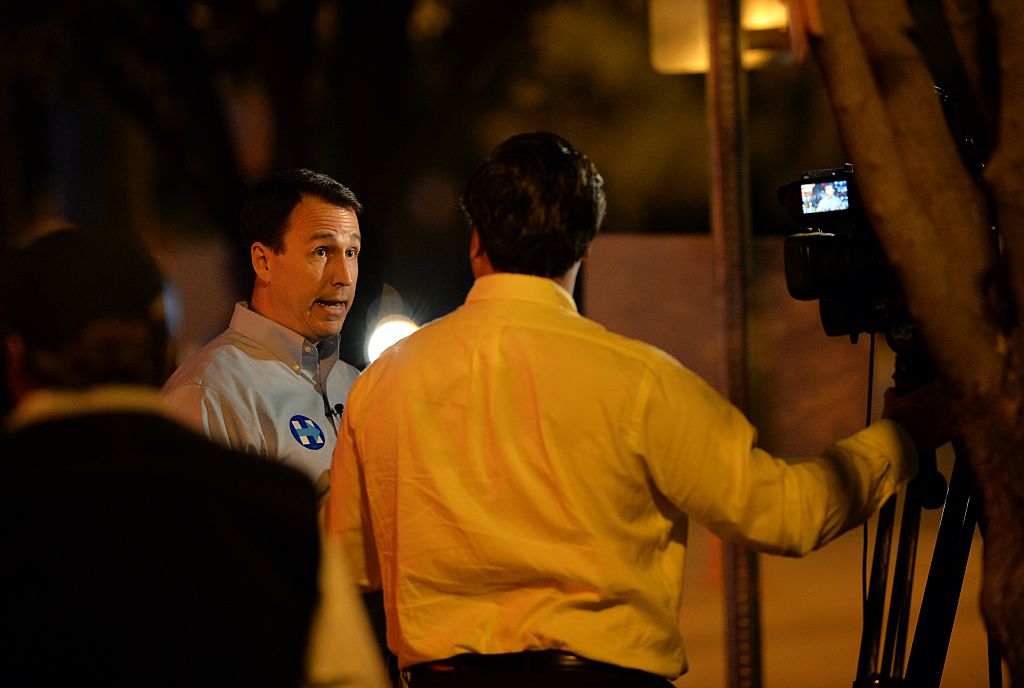 This week, after revelations had surfaced about his alleged multiple extra-marital affairs, North Carolina Senate Democrat candidate Cal Cunningham blamed his opponent, incumbent Sen. Thom Tillis (R-NC), stating at the 2020 North Carolina League of Conservation Voters Green Tie Awards, “He has now resorted to trying to make this campaign about something other than the issues.”

There’s a lot we have to talk about tonight because there’s a lot at stake in this election. We can all agree that this is by far the most important election of our lifetime. But before we get into those issues that most affect this campaign, I want you to hear something directly from me. I am deeply sorry for the hurt that I have caused in my personal life. And I also apologize to all of you. And I hope each of you watching at home will accept this sincere apology and that we will continue to work together to change the direction of our country and strengthen our state …

“Because Thom Tillis knows he is losing and knows that we are winning, he has now resorted to trying to make this campaign about something other than the issues,” he continued. “But we know, I know, this campaign is about your hopes and your dreams.”

Cal Cunningham’s comments tonight only make his scandal — and the hypocrisy of his campaign — worse. Cunningham is afraid to directly address why and how he betrayed the trust of North Carolinians. He offered no explanation for his extramarital affairs, instead choosing to read off an insincere apology written by his campaign consultants from DC, in line with the fake and insincere persona he is trying to sell to North Carolina. Cal Cunningham needs to stop hiding behind prewritten statements and teleprompters. He needs to answer every single question from reporters he has spent the last week ignoring. North Carolinians deserve a full explanation; the truth still matters.

“The fallout from the scandal has upended the North Carolina Senate race. It led  Sen. Tammy Duckworth (D-IL) to postpone her fundraiser with Cunningham that was scheduled for Wednesday night,” Breitbart reported.

“New texts obtained by WRAL and later verified by the Associated Press now suggest that Cunningham had a sexual relationship with Arlene Guzman Todd. According to the Associated Press, through several interviews late Monday as well as from texts, Guzman Todd talked about two in-person meetings with Cunningham, one encounter in March that she noted did not include intimate contact and a second meeting back in July in North Carolina where such contact did occur,” The Washington Examiner reported, adding, “A second allegation of a Cunningham extramarital affair was made by attorney Erin Brinkman on Facebook, who claimed her ‘good friend’ has been in a relationship with the candidate since 2012.”