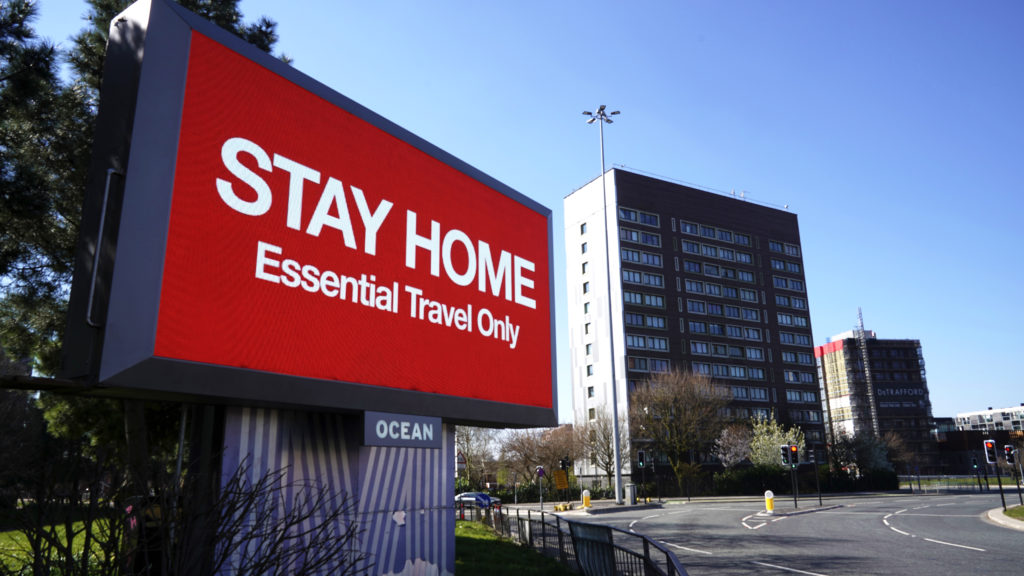 Once again, coronavirus cases continue to rise across the country and in other parts of the world. As winter fast approaches, some forecasts predict a dramatic surge in hospitalizations with the U.S. death toll potentially reaching 400,000 by February. As a result, the potential for further lockdowns and increased restrictions loom.

Still, though the novel virus has had an unquestionable impact on our nation, the many restrictions meant to curb the spread of COVID-19 may, ultimately, have far more devastating consequences for years to come as they continue to remain in place without an end in sight. Here are four major factors that detail how the overall response to the pandemic may be causing far more harm than good.

1. “Deaths and diseases of despair” have exponentially risen

Another pandemic in the form of “deaths and diseases of despair” has taken hold since the emergence of the novel coronavirus. Suicide and substance abuse were already reaching alarming levels before COVID-19. Now it seems they’re skyrocketing.

“Three factors, already at work,” the Well Being Trust reported in May of 2020, “are exacerbating deaths of despair: unprecedented economic failure paired with massive unemployment, mandated social isolation for months and possible residual isolation for years, and uncertainty caused by the sudden emergence of a novel, previously unknown microbe.”

The Well Being Trust also projected that “as many as 75,000 more people will die from drug or alcohol misuse and suicide” due to the pandemic in America alone. That number now seems quite conservative given just how the pandemic and the related restrictions have dragged on and affected so many lives.

According to the CDC in June of 2020, “40% of U.S. adults reported struggling with mental health or substance use.” Worse, one in four young Americans between the ages of 18 to 24 has now contemplated suicide during the pandemic.

So much emerging evidence suggests that the collective response to the pandemic is having a far more wide-ranging impact than the virus on our nation. For example, ABC6 reported that Franklin County in Ohio saw a 73% increase in overdose deaths in the initial six months of 2020.

QJM: An International Journal of Medicine also published an extensive study on the mental health impact the pandemic has had on a global level. Their findings are dire. While alcohol sales in the U.S. rose by 55% and “[o]nline alcohol sales jumped 243%,” QJM also detailed several COVID-19-related suicides around the world:

“[A] 19-year-old waitress in England died in a hospital after a suicide attempt because of fears of the ‘mental health impacts’ of isolation. A 66-year-old man with throat cancer hanged himself in a New York City hospital after testing positive for the coronavirus. A man in Illinois who feared that he and his girlfriend contracted the coronavirus fatally shot his girlfriend and then killed himself.  They tested negative for the coronavirus. A 36-year-old Bangladeshi man killed himself because he and people in his village thought that he was infected with COVID-19 because he had fever and cold symptoms. A postmortem examination showed that he did not have COVID-19. The 49-year-old head of the Emergency Department in a New York City hospital died by suicide after telling her family about the tremendous suffering and death she witnessed while taking care of coronavirus patients.”

In a recent interview for The Spectator, Sunetra Gupta, an esteemed epidemiologist from the University of Oxford, vehemently argued against any kind of second lockdown, stating that it was a matter of “lives against lives,” referring to the overwhelming mental and physical toll the response to the pandemic has had on countless many.

2. Less treatment and fewer screenings for deadlier illnesses due to COVID-19

The rates at which Americans screen for diseases such as cancer plummeted at the onset of lockdown measures. Time reported that “the pandemic led to a roughly 80% drop in routine screening appointments that could catch new cancers in March and April.” Screening remains at a premium, with “60% fewer breast, colon and cervical cancer exams” as of June.

Americans felt compelled to dismiss other serious conditions as a result of the pandemic as well. Medical emergencies were neglected due to both the fear of COVID-19 and the various restrictions put in place. The CDC reported that “the 10 weeks following declaration of the COVID-19 national emergency, ED visits declined 23% for heart attack, 20% for stroke, and 10% for hyperglycemic crisis.”

An extensive piece for The New England Journal of Medicine also details the significant impact the pandemic is having on healthcare outside the scope of the coronavirus.  Zoran Lasic, a cardiologist interviewed for the article, flatly states, “I think the toll on non-Covid patients will be much greater than Covid deaths.”

“Cancer care,” NEJM reports, “which often involves immunosuppressive therapy, tumor resection, and inpatient treatment, has been disproportionately affected by Covid-19… For example, though patients with low-grade lymphoma typically receive maintenance therapy, it will not be recommended for now because it requires an office visit, worsens immunosuppression, and improves progression-free but not overall survival. Other protocol modifications have arisen because of cancellations of elective surgeries. For instance, some patients with solid tumors, such as breast and rectal cancers, are being offered systemic therapy before, rather than after, surgery.”

Also at grave risk are “patients [who] receive therapy in clinical trials, many of which have been paused amid society-wide shutdowns” as well as “patients requiring bone marrow transplants, given their high risk of infection and potential need for ICU care.” The threat of more lockdowns this winter could make this a stark reality for cancer patients once again.

As many in Washington continue to put politics far ahead of the American people, poverty, hunger, and unemployment are fast becoming a mainstay. An assortment of pandemic restrictions remains in place all across the nation, disallowing the economy to fully function and return to some sense of normalcy.

“The number of poor people has grown by eight million since May, according to researchers at Columbia University,” The New York Times recently reported, “after falling by four million at the pandemic’s start as a result of a $2 trillion emergency package known as the Cares Act.”

Unemployment remains a primary concern as “886,000 people filed new claims for unemployment benefits last week, an increase of…9.5 percent, from the previous week.” Even more foreboding is that “the economy is showing new signs of deceleration, amid layoffs, a surge in coronavirus cases and deadlocked talks in Washington over new stimulus.”

The risk of suicide also increases by almost threefold due to unemployment compounding the already high risk in the pandemic, according to the Journal of Epidemiology and Public Health.

Writing for City Journal, Jonathan Tierney considers the pandemic lockdowns a “failed experiment” leading to untold socioeconomic consequences with little to no effect on the scope of the disease itself:

“[I]t’s not clear that the lockdowns have brought significant health benefits beyond what was achieved by people’s voluntary social distancing and other actions. Some researchers have credited lockdowns with slowing the pandemic, but they’ve relied on mathematical models with assumptions about people’s behavior and the virus’s tendency to spread—the kinds of models and assumptions that previously produced wild overestimates of how many people would die during the pandemic. Other researchers have sought more direct evidence, looking at mortality patterns. They have detected little impact.”

Though “the economic and social costs have been enormous,” Tierney argues, there remains a dearth of evidence to suggest that the introduction of strict social measures including shuttering businesses nationwide mitigated the deadly spread of the virus. As a result, little “ethical justification” exists to either continue such measures or, worse, return to such restrictions even amid spikes in case counts.

4. Leading epidemiologists are now pushing back against the continued restrictions

The beginning of the pandemic saw lauded Stanford epidemiologist John Ioannidis take a contrarian position toward both the scope of the pandemic and the lockdown measures he deemed excessive, in part, for their prolonged duration. Though The Atlantic hailed him as “one of the most influential scientists alive” in 2010 and someone who was known for “exposing…bad science,” Ioannidis was raked across the coals by both the media and the scientific community at large for holding such a counternarrative position.

Now three more leading epidemiologists from Oxford, Stanford, and Harvard have emerged to voice dismay over the lockdowns and continued pandemic restrictions. Sunetra Gupta, Jay Bhattacharya, and Martin Kulldorff have composed the Great Barrington Declaration to voice “grave concerns about the damaging physical and mental health impacts of the prevailing COVID-19 policies.”

The epidemiologists are non-partisan and root their arguments in scientific rigor:

“Coming from both the left and right, and around the world,” they write in the Great Barrington Declaration, “we have devoted our careers to protecting people. Current lockdown policies are producing devastating effects on short and long-term public health. The results (to name a few) include lower childhood vaccination rates, worsening cardiovascular disease outcomes, fewer cancer screenings and deteriorating mental health – leading to greater excess mortality in years to come, with the working class and younger members of society carrying the heaviest burden.”

They argue for the compelling need to achieve herd immunity and, as Dr. Gupta puts it in a recent interview, “endemic equilibrium” wherein the spread of the coronavirus stabilizes in a manner similar to the common flu. “Lockdown simply delays things. It doesn’t solve the problem at all,” Dr. Gupta told The Spectator.

The Great Barrington Declaration attempts to strike a reasoned balance between addressing the pandemic as well as the tragic consequences the overwrought response has thrust upon all of us: The three renowned epidemiologists insist that “[t]he most compassionate approach that balances the risks and benefits of reaching herd immunity, is to allow those who are at minimal risk of death to live their lives normally to build up immunity to the virus through natural infection, while better protecting those who are at highest risk.”