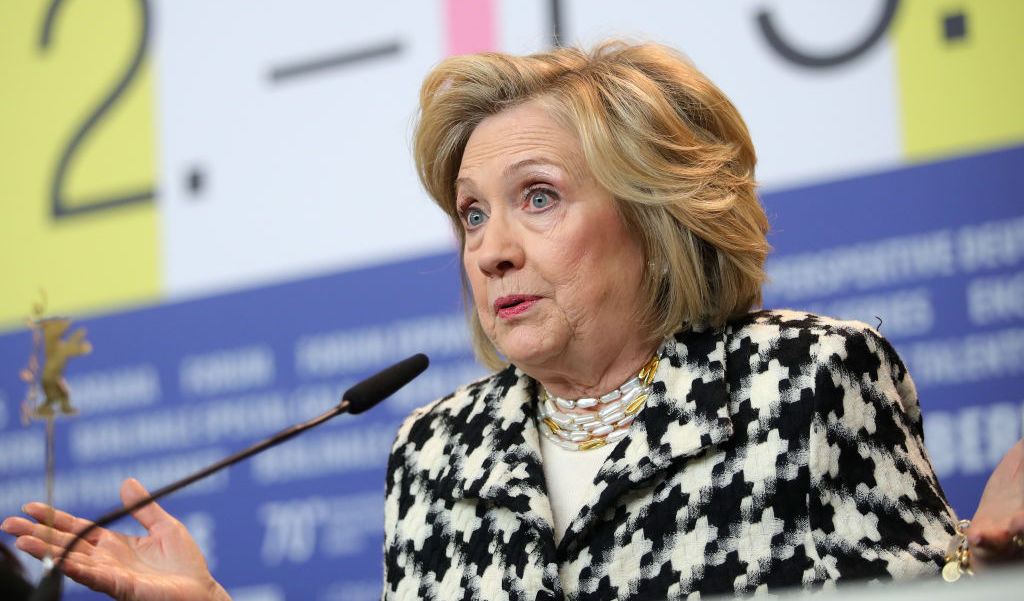 Failed Democratic presidential candidate Hillary Clinton tried to explain the concept of “originalism” to judge Amy Coney Barrett on Wednesday but ended up failing miserably and being crushed online.

For most jurists, that means limiting the protections of government to those clearly listed in the Constitution itself, in the Bill of Rights, and in subsequent amendments, but each originalist has his or her own definition.

“In English, that means that I interpret the Constitution as a law,” Barrett patiently explained to the Senate Tuesday, “and that I interpret its text as text, and I understand it to have the meaning that it had at the time people ratified it. So that meaning doesn’t change over time and it’s not up to me to update it or infuse my own policy views into it.”

For leftists, including Clinton, “originalism” was not a theory of judicial interpretation, but a chance to dunk on Barrett, and like many of her Democratic colleagues, Clinton misinterpreted Barrett’s ties to “originalism” as a demand that the Constitution remains as written, with no protection for women and minorities.

“At the time the Constitution was ratified, women couldn’t vote, much less be judges,” Clinton sniped.

She was quickly corrected. It turns out, originalists believe that the Constitution’s protections can be extended or changed through the amendment process because that leaves those decisions up to the people, not the judiciary.

No less than Justice Antonin Scalia’s son weighed in on the issue.

“Dear HRC staffers: originalists don’t believe the Constitution should never change; they just realize it’s the job not of judges but of citizens through their legislators to make those changes. See, for example, the 19th amendment,” Christopher Scalia tweeted, including a link to his father’s extensive writings on the subject.

Others questioned whether Clinton had been truly served during her time in law school and legal practice.

“OMgosh and she’s a lawyer. I know she isn’t this stupid, but how many in America are!” noted a professor on social media.

The “originalism means Barrett couldn’t vote” line is a popular one among leftists. “West Wing” actor Bradley Whitford, under the apparent impression that he served in a branch of government tried his own hand at badly explaining “originalism” to his followers.

“Unless you’re a fan of slavery, think women should have no rights at all, and that indigenous people are a different species that deserves to be eradicated, ‘originalism’ is an Orwellian doily wrapped around a morally bankrupt turd,” he said. He later added that he liked asking conservative women who ascribe to originalism whether they should be allowed to vote. Conservative women, of course, referred Whitford to the Nineteenth Amendment which originalists believe was duly enacted, expanding the Constitution’s guarantees of freedom at the behest of American voters.