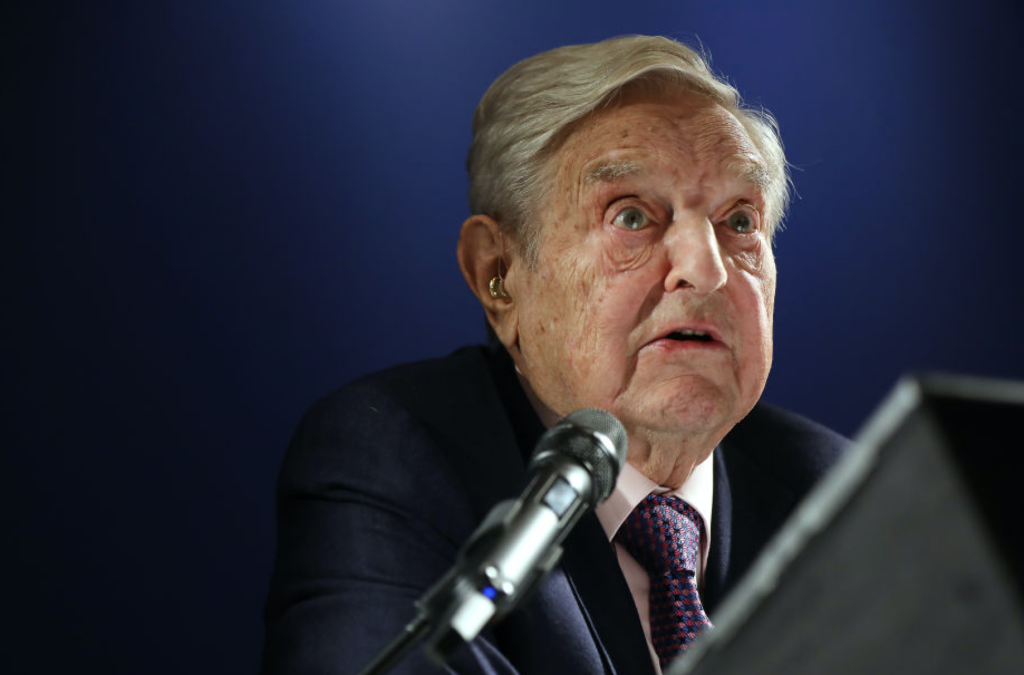 A campaign report reveals philanthropist George Soros is funding efforts to replace Los Angeles County’s district attorney with a more progressive alternative in November. The New York billionaire recently made a $1.5 million contribution to a political action committee backing the reform-minded challenger, according to the Friday filing. Soros previously bankrolled the same PAC during the 2018 election cycle when it had targeted several other prosecutor races in California.

Prominent organizers and national donors who favor sweeping criminal justice reforms are involved with the L.A. County contest. The election will determine the direction of the largest prosecutor’s office in the United States. With more than ten million residents, L.A. is the nation’s most populous county. It is also home to America’s biggest jail system.

George Soros $$$ news: the megadonor drops $1.5 million to back LA district attorney challenger @GeorgeGascon, as a Soros-linked PAC drops $500,000 worth of TV ads for Gascon

The two-term incumbent is Democrat Jackie Lacey, L.A. County’s first black district attorney, who has the support of law enforcement unions and many politicians that make up the local political establishment. However, some elected officials, like U.S. Reps. Adam Schiff and Ted Lieu, withdrew their endorsements after nationwide calls for systemic change recently intensified.

The fiscal surge in the L.A. D.A.'s race continues. $2.5 million into the George Soros backed PAC this week that supports George Gascon, roughly $930K spent on TV & digital ads that are pro-Gascon. https://t.co/X3mGfaRzXd

Lacey has been bird dogged by a coalition of activist groups for her unwillingness to prosecute police officers who have fatally shot civilians. The Black Lives Matter-led protests against her escalated on March 2, the day before the primary election, when Lacey’s husband pointed a gun at demonstrators who showed up uninvited at the couple’s home around 5:30 am. Partial video of the encounter went viral.

Lacey did not garner more than 50% support in the three-way race the next day, forcing a November runoff. She captured 48.65% of the vote. Gascón finished second, with 28.22%.

#BREAKING This morning Los Angeles District Attorney Jackie Lacey’s husband pulled a gun out on Black Lives Matter activists who protested his wife in front of their house. @BLMLA pic.twitter.com/wnCFMMvaWV

Gascón established himself as one of the nation’s most progressive prosecutors during his eight-year tenure as San Francisco District Attorney, where he also had Soros’ support. He stepped down from that position almost a year ago before deciding to run to become L.A. County’s top law enforcement official. Gascón said he had “become increasingly more uneasy seeing the backwardness of the criminal justice system in L.A.” and has promised to reduce the jail population if elected there. He has been endorsed by U.S. Sens. Bernie Sanders, Elizabeth Warren, and Kamala Harris.

As the L.A. Times previously reported, Soros has spent more than $20 million since 2014 to promote likeminded prosecutor candidates throughout the U.S.

Soros started pursuing local district attorney offices in 2015 when he divvied up more than $1 million to elect two progressive D.A.’s and re-elect a third.

Politico reported at the time:

Soros has spent on district attorney campaigns in Florida, Illinois, Louisiana, Mississippi, New Mexico and Texas through a network of state-level super PACs and a national “527” unlimited-money group, each named a variation on “Safety and Justice.” (Soros has also funded a federal super PAC with the same name.) Each organization received most of its money directly from Soros, according to public state and federal financial records…

While Soros has spent heavily in 2015 and 2016, a broader national push into local prosecutor campaigns is expected to intensify in the next few years, thanks to longer-term planning and candidate recruitment.

The liberal financier went on to channel more than $1.6 million into the Philadelphia Justice & Public Safety PAC in 2017, leading to the election of D.A. Larry Krasner. He had never prosecuted a criminal case before taking office.

But historically, Soros’ big spending in California has not been as effective. According to the L.A. Times, he spent nearly $3 million in 2018 to influence prosecutor races in San Diego, Sacramento, Alameda, and Contra Costa counties. The outlet noted, “Soros-backed candidates pledged to reduce incarceration, crack down on police misconduct and revamp a bail system they contend unfairly imprisons poor people before trial.”

the pro @GeorgeGascon PAC is a new incarnation of a PAC that, last cycle, channeled millions from George Soros to back progressive DA candidates in San Diego, Sacramento, Alameda and Contra Costa

According to The Associated Press, Soros had made contributions through the California Justice & Public Safety Political Action Committee.

Three of the four candidates backed by the Soros-funded PAC that year lost. The only win came in Contra Costa County, by the narrowest of margins.

The president of a union representing prosecutors in L.A. County accused Soros of “trying to buy the criminal justice system” to “bypass the legislative process.”

But this cycle, Soros’ candidate could benefit from the momentum generated by recent nationwide calls to “reimagine public safety” sparked by the death of George Floyd. Many of the same progressive organizers who have spent months amplifying allegations of racially biased policing also lured Gascón to run in L.A. County.

Last October, Gascón announced he would not seek a third-term as D.A. in San Francisco, citing the declining health of his mother, who resides in the L.A. area. He entered the L.A. County race later that month.

Born in pre-communist Cuba, Gascón came to America as a teenager after his family fled the Fidel Castro regime. They eventually settled in southern California, where he would spend more than 20 years with the LAPD.

The AP described Soros’ investments in D.A. races as “a spinoff of the tens of millions of dollars he has spent previously to liberalize drug policies and criminal penalties.”

California voters approved a controversial ballot initiative in 2014 that was co-authored by Gascón and backed by Soros’ international grantmaking network, along with its lobbying arm. The referendum, called Proposition 47, reclassified several felonies to misdemeanors.