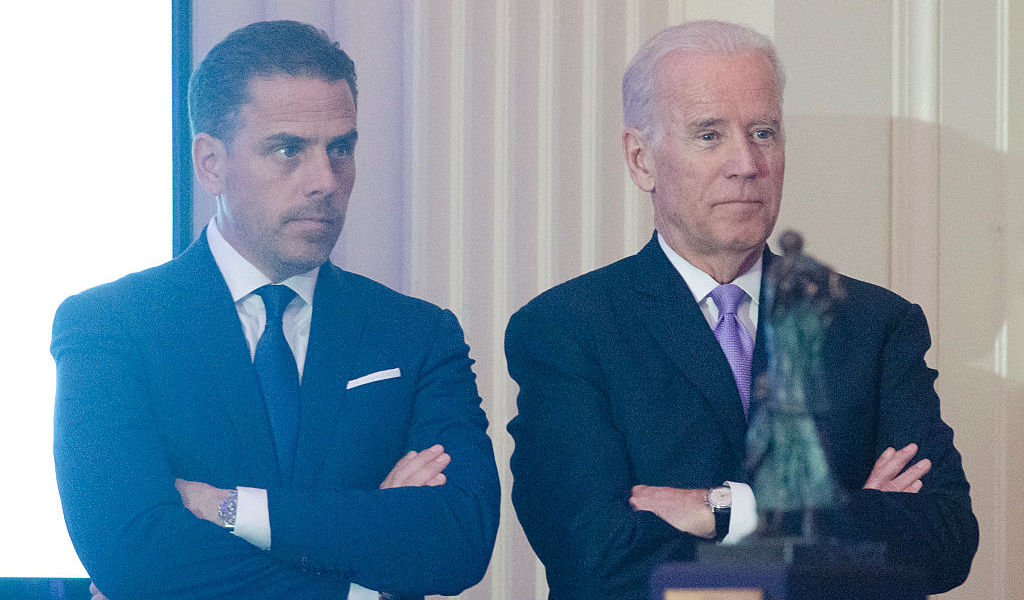 Facebook is limiting the reach of a story from the New York Post showing that Hunter Biden allegedly introduced his father, then-Vice President Joe Biden, to a Ukrainian energy executive a year before the vice president pushed Ukraine to fire its top prosecutor who was then probing the executive’s company.

“While I will intentionally not link to the New York Post, I want be clear that this story is eligible to be fact checked by Facebook’s third-party fact checking partners. In the meantime, we are reducing its distribution on our platform,” Facebook spokesman Andy Stone tweeted on Wednesday hours after the story broke. “This is part of our standard process to reduce the spread of misinformation. We temporarily reduce distribution pending fact-checker review.”

This is part of our standard process to reduce the spread of misinformation. We temporarily reduce distribution pending fact-checker review. https://t.co/vf3CBvLmjj

The social media company said that restricting the story’s spread on its platform is part of its standard fact-checking process used on some news article to limit “misinformation.” Such fact-checks may take as long as a week to complete before Facebook decides whether to lift restrictions.

On Wednesday, the New York Post published an April 17, 2015 email from Vadym Pozharskyi, an adviser to the board of the Ukrainian energy company Burisma, addressed to Hunter Biden and thanking him for setting up a meeting between Pozharskyi and Vice President Biden. The email was sent roughly a year after Hunter Biden had joined the board of Burisma at a reported salary of $50,000 a month and with no experience working in the energy sector.

“Dear Hunter, thank you for inviting me to DC and giving an opportunity to meet your father and spent (sic) some time together. It’s realty (sic) an honor and pleasure,” the email says. “As we spoke yesterday evening, would be great to meet today for a quick coffee. What do you think? I could come to you (sic) office somewhere around noon or so, before or on my way to [the] airport.”

“I have never spoken to my son about his overseas business dealings,” Biden told a reporter, Biden added that President Trump should be investigated for “trying to intimidate a foreign leader,” referring to a July 2019 phone call between Trump and Ukraine President Volodymyr Zelensky.

At the end of 2015, Vice President Biden, who was leading U.S. diplomatic relations with Ukraine at the time, began pushing the Ukrainian government to take action against Ukrainian Prosecutor General Viktor Shokin, who was then investigating Burisma for alleged corruption. Biden went as far as withholding $1 billion worth of U.S. aid to Ukraine until the Ukrainian Parliament voted to remove Shokin from office in March 2016.

Sen. Ron Johnson (R-WI) reacted to the New York Post report by announcing that Senate Republicans would launch an investigation into whether former Vice President Biden improperly used his office to help his son’s business dealings in Ukraine.