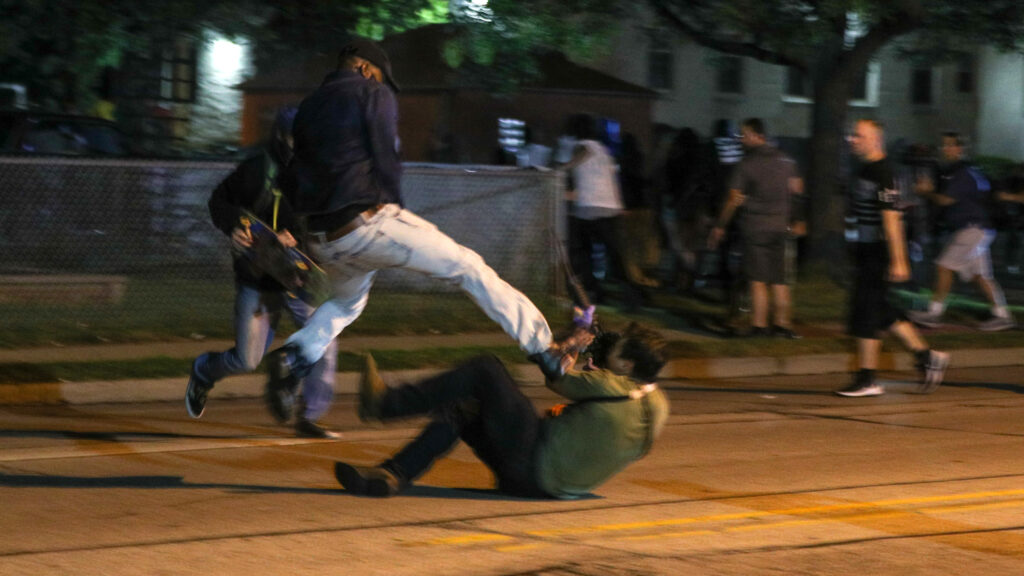 ABC News referred to Kyle Rittenhouse as an “alleged white supremacist” in a Friday report, despite the teen having no ties to any extremism, according to the Anti-Defamation League (ADL).

The ABC report referred to Rittenhouse as an alleged racist without offering any evidence to support the assertion. Instead, the report later noted of Democratic presidential nominee Joe Biden featuring the teenager in a video ad about “white supremacists.” The video triggered a reaction from Rittenhouse lawyer L. Lin Wood, who threatened a lawsuit over the alleged libel.

“Rittenhouse, an alleged white supremacist accused of killing two protesters in Kenosha, Wisconsin,” ABC News said in the report (emphasis added), “in the wake of an officer-involved shooting, appeared via Zoom for an Illinois hearing where his attorney contested the teen’s extradition to Wisconsin to face homicide and other charges in connection with the August shootings.”

Democratic presidential nominee Joe Biden’s campaign has criticized President Donald Trump’s failure to condemn white supremacists. A campaign video featured Rittenhouse on the streets of Kenosha. Attorney Lin Wood, who is helping to raise funds for Rittenhouse’s defense, threatened to sue the Biden campaign for libel on behalf of Rittenhouse in response to the video.

However, the left-leaning ADL admitted earlier this month that Rittenhouse has no ties to extremism.

“Kyle Rittenhouse has not been linked to any formal extremist group,” said the ADL, in a piece that highlighted alleged “extremists” defending the teen.

During an NPR conversation with Oren Segal, vice president of the ADF’s Center On Extremism, it was noted that Rittenhouse’s social media showed support for President Donald Trump and pro-police movement Blue Lives Matter, neither of which are “extremist.”

“There’s no other way to put it: the president of the United States refused to disavow white supremacists on the debate stage last night,” Biden captioned the ad featuring Rittenhouse.

“Formal demand for public retraction is being prepared for Biden/Harris Campaign on behalf of Kyle Rittenhouse,” Mr. Wood responded, adding, “I also hereby demand that [Joe Biden] immediately retract his false accusation that Kyle is a white supremacist & militia member responsible for violence in Kenosha.”

Rittenhouse’s legal defense previously released a video outlining the events leading to the fatal shooting of two rioters in Kenosha as well as the injury of a third.

“To prevent the total destruction of their communities, good Samaritans united to guard local businesses,” the video narrated.

“So people are getting injured,” Rittenhouse says the night of the shooting. “Our job is to protect this business. Part of my job is to help people. If there’s somebody hurt, I’m running into harm’s way.”

“I have a medic kit. If you are injured, come to me!” the teen also says before the incident.

Describing the events of the incident, a statement from law firm Pierce Bainbridge claimed that Rittenhouse was on his way to a mechanic’s shop when multiple rioters accosted him, recognizing him as one of the people trying to protect the shops in the area. The teen reportedly then tried to flee as the “mob” chased him, and “[u]pon the sound of a gunshot behind him, Kyle turned and was immediately faced with an attacker lunging towards him and reaching for his rifle. He reacted instantaneously and justifiably with his weapon to protect himself, firing and striking the attacker.”

“In fear for his life and concerned the crowd would either continue to shoot at him or even use his own weapon against him, Kyle had no choice but to fire multiple rounds towards his immediate attackers, striking two, including one armed attacker,” Pierce Bainbridge said.